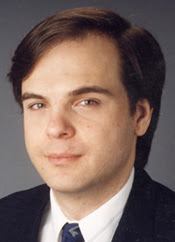 Update: clarified the point about IPv6 (see the comments)

Our old friend Curt Monash has a think-piece about net neutrality up on his weblog. In it, he argues for ISPs to sell a premium service tier for high-bandwidth/latency-sensitive applications:

A bold assertion. Certainly if t’were true the anti-neutrality camp would have a point.

I’m not 100% in either camp, but my gut tells me that today’s IP routing technology is holding up well. It’s the lack of investment in sufficient peering bandwidth and router horsepower that’s letting the side down. That and the criminally glacial progress towards RSVP-TE (RFC3209) with label switching and IPv6, a combination that would allow much better traffic prioritisation.

He later clarified his assertion:

I think that in a high fraction of applications that amount to real-time communications, good quality will entail seriously sub-second latency. I don’t think it will soon be affordable to provide that kind of QOS for all traffic. Ergo, tiering. Until we get to unmeteredly-cheap, just-like-being-there transmission of full-room-sized sounds and images, there will be a place for differentiated QOS.

Yet stuff still works just fine. TCP is designed to get the best out of a latent connection. Even if that latency is unpredictable/chaotic (as is often the case with latency caused by congestion).

I recently ditched my old ISP. It got taken over by a company that appear to be running into the ground. Typical latencies over the first hop grew from 20ms to 500ms (often higher). But even though there was severe network congestion, stuff still worked fine.

Of course, if an application writer makes assumptions that ignore realities such as the speed of light or temporary congestion, their application's going to behave badly. But no premium QoS in the world is going to help that.

My sense is still that the ISPs that are complaining about net neutrality are simply being greedy and don't want to invest money to cope with the growth in usage.

There are perhaps some lessons to be learned from the experience of UK ISPs when many users' connection "suddenly" jumped from fixed-rate DSL connections in the 512Kb/s - 2Mb/s range to an "up to 8Mb/s" service that offers the highest speed that the phone copper can support. How the various ISPs coped with the associated jump in demand makes for a salutary tale.

But that's the subject of another post, some other day...

Update: clarified the point about IPv6 (see the comments)

Sorry for all the old posts re-appearing as new ones in my feed. Looks like a news version of Blogger decided that adding a category makes an old post new again. Sigh.