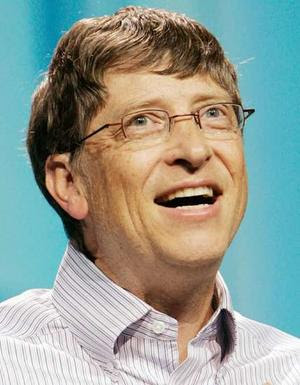 SEOUL, South Korea (AP) — Microsoft Chairman Bill Gates said there will be a vast shift in Internet technology over the next decade as he met Tuesday with South Korean President Lee Myung-bak.

"We're approaching the second decade of (the) digital age," the software mogul and philanthropist told Lee at the start of their meeting at the presidential Blue House, according to a media pool report.

"The Internet has been operating now for 10 years," Gates said. "The second 10 years will be very different."


Excuse me? “The Internet has been operating now for 10 years”???

Uhh, tell that to the National Science Foundation, who switched on the Internet as we know it today in 1983, migrating from the old ARPANET, which had been going since 1969.

He can’t possibly mean the Web, as that’s been going for over 15 years. He can’t even mean Internet Explorer — the first version of which was released in 1994.